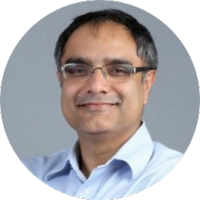 Suvir Sujan is a co-founder of Nexus Venture Partners.

Suvir has been an entrepreneur and one of the pioneers of the consumer internet in India. Suvir has been co-founder and co-CEO of Baazee.com, the leading online marketplace in India that merged with eBay in 2004 to form eBay India. Post the merger, Suvir was Country Manager, eBay India and Director, PayPal. Suvir has also worked as a Management Consultant at the Boston Consulting Group in New York and Mumbai. He began his career at Nortel Networks.

Suvir has an MBA from the Harvard Business School where he was the Co-President of the South Asian Business Association and a BS in Electrical Engineering (High Distinction) from the University of Maryland at College Park. He is a charter member of the Internet and Mobile Association of India and a mentor to several entrepreneurs in the consumer services sector in India. He has also served on the board of the Global India Venture Capital Association.

Read more about Suvir’s views on venture investing in India