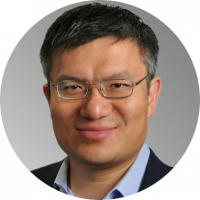 Sheng is a co-founder and CEO of Rancher Labs. Prior to starting Rancher, Sheng was CTO of the Cloud Platforms group at Citrix Systems following their acquisition of Cloud.com, where he was co-founder and CEO. Liang has more than 15 years of experience building innovative technologies. He was a co-founder at Teros (which was acquired by Citrix in 2005), and led large engineering teams at SEVEN Networks and Openwave Systems. Sheng started his career as an engineer in Java Software at Sun Microsystems. Sheng has a B.S. from the University of Science and Technology of China and a Ph.D. from Yale University.