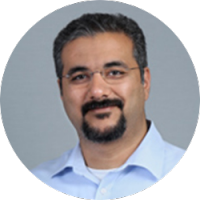 Sameer has been an early stage investor in over 30 companies.

His operational expertise lies in product management, business development, sales acceleration, recruiting, follow-on fundraising, and scaling. Sameer has served in operating roles at UTStarcom, Inc, Ericsson and American Wireless BroadBand, as a Product Manager, Solutions Architect, and Network Architect in the US, China and India.

He is an Advisor to AngelList India & was earlier an Advisor to Microsoft Ventures India. He was voted as a “40 under 40 Alternative Investment Professionals in India 2018″ by IAAIF.