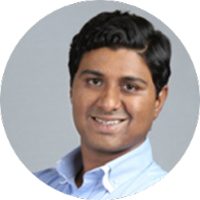 Arun is the General Counsel of Nexus Venture Partners.

Prior to joining Nexus, Arun has worked with leading corporate law firms in India. He started his career at Trilegal and thereafter, was part of the founding team at Phoenix Legal. During his time in private practice, Arun advised a wide range of global clients on investments, M&A, as well as banking and securities laws.

At Nexus, he has worked with some of the brightest entrepreneurs and fastest growing companies. He advises them on a broad spectrum of issues.

Arun is also a member of the Special Interest Group on Legal Affairs constituted by the Indian Private Equity and Venture Capital Association towards the end of creating model transaction documents for the benefit of the industry.

Arun is a B.A., LL.B (Hons.) graduate from the National Law University, Jodhpur.